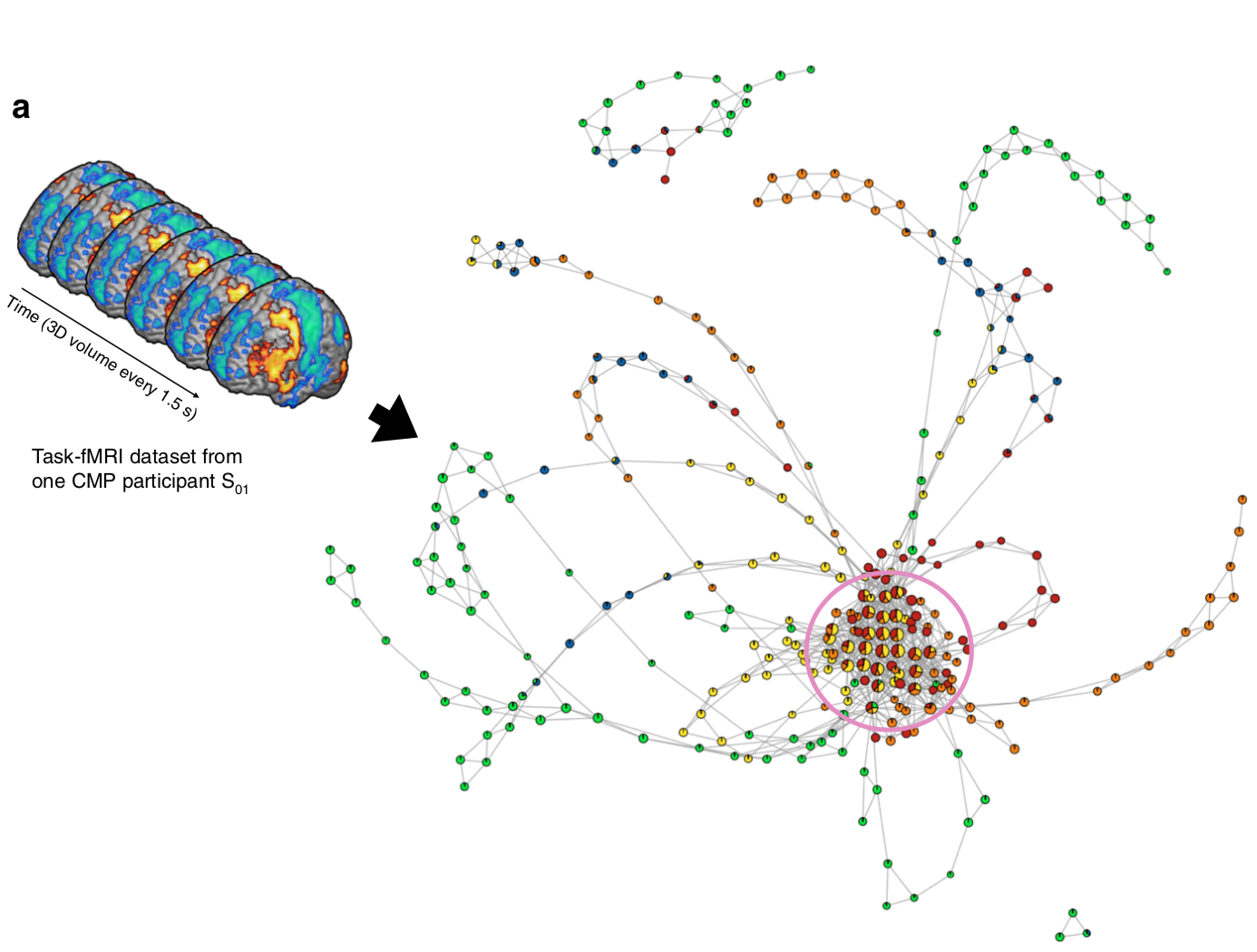 We just had our paper accepted in Nature Communications, which presents a new method to examine the brain dynamics at a single participant level. Here, we used Topological Data Analysis (TDA) based Mapper to reveal the overall organization of brain dynamics without arbitrarily collapsing data in time and space early in the analysis. The generated shape graphs provide interpretable visualizations of how the brain traverses its dynamical landscape—namely data-driven abstractions that attempt to capture the stream of thought originally proposed by William James (Chapter IX) — and permit quantification of these dynamic trajectories in behaviorally and clinically relevant ways that allow comparisons across conditions, participants, and populations.

How our brain dynamically adapts to perform different tasks is vital to understanding the neural basis of cognition. Understanding the brain’s dynamical organization is crucial for finding causes, cures and effective treatments for neurobiological disorders. The brain’s inability to dynamically adjust to environmental demands and aberrant brain dynamics have been previously associated with disorders such as schizophrenia, depression, attention deficiency and anxiety disorders. However, the high spatiotemporal dimensionality and complexity of neuroimaging data make the study of whole-brain dynamics a challenging endeavor.

Researchers and clinicians alike demand novel methods that are aimed at distilling complex high dimensional data into simple—yet vibrant and behaviorally relevant—representations that can be interactively explored to discover new aspects of the data. Ideally, such representations could also be quantified to allow for statistical inferences and to provide the basis of biomarkers and treatment response factors at the single-subject level.

With these goals in sight, we used TDA-based Mapper tool to:

Without arbitrarily collapsing data in space or time, our TDA-based approach generates graphical representations of how the brain navigates through different functional configurations during a scanning session—i.e., a data-driven representation of the stream of mind (see movie) that unfolds as participants lie in the scanner 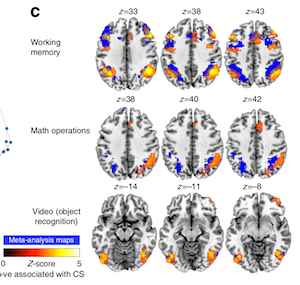 These representations, when computed on a continuous multitask dataset, revealed the temporal arrangement of whole-brain activation maps as a hybrid of two mesoscale structures, i.e., community and core−periphery organization.

Remarkably, the community structure was found to be essential for the overall task performance, while the core−periphery arrangement revealed that brain activity patterns during evoked tasks were aggregated as a core while patterns during resting state were located in the periphery.

Neurophysiologically, the core represented taskspecific (task-positive) brain activations, while the periphery represented task-unrelated (task-negative) activations. This neurophysiological insight indicates higher similarity of whole-brain activation patterns when participants are actively engaged in cognitively demanding tasks compared to when allowed to freely mind-wander during rest periods, which is a well-established hallmark of brain dynamics.

Lastly, by projecting shape graphs into the time domain, we were able to pinpoint between- as well as within-task transitions at the temporal resolution of a few time frames.

Application of the developed methods to study aberrant brain dynamics in patients with mental health disorders.