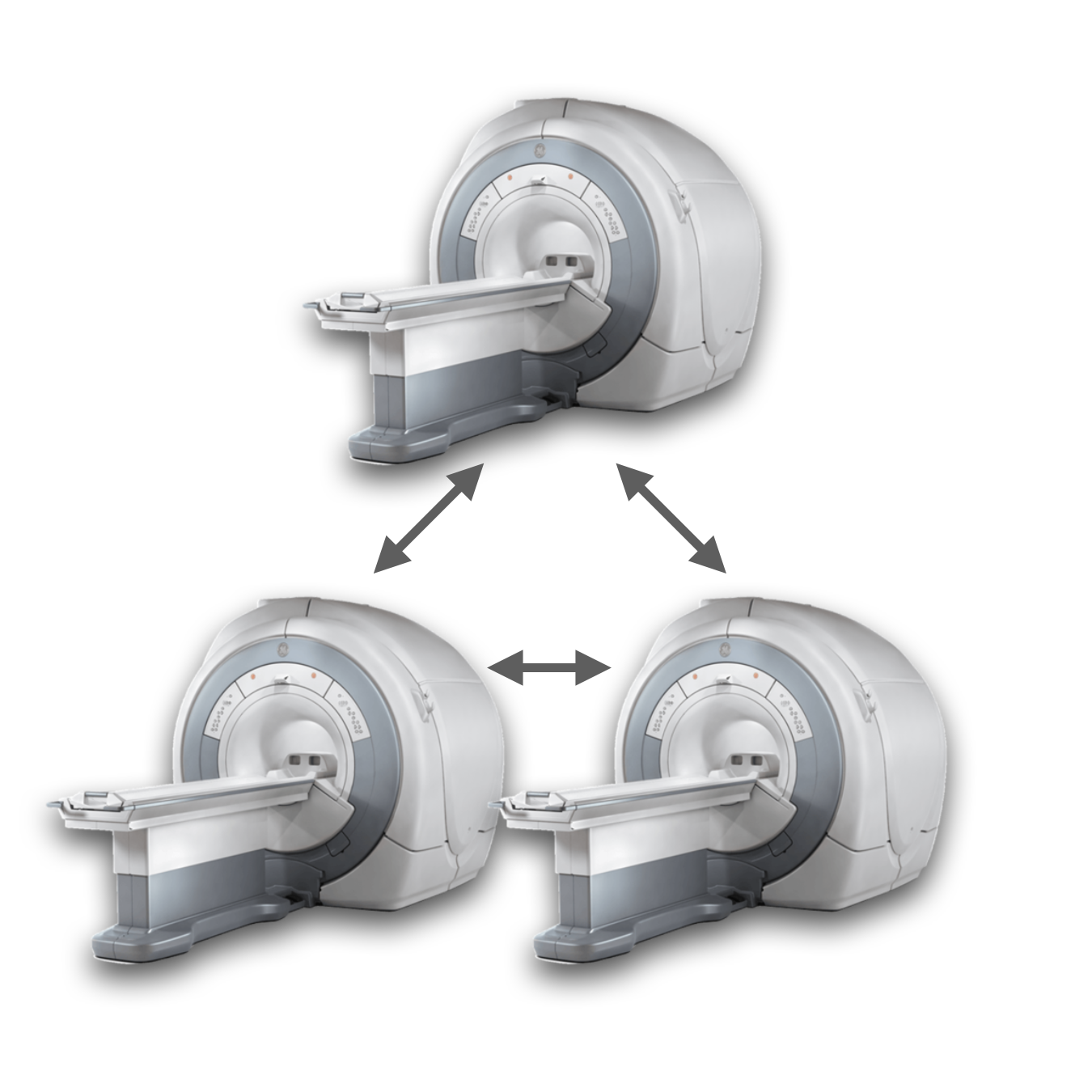 Humans have an extraordinary ability to interact and cooperate with others. Despite the social and evolutionary significance of collaboration, research on finding its neural correlates has been limited partly due to restrictions on the simultaneous neuroimaging of more than one participant (also known as hyperscanning). Several studies have used dyadic fMRI hyperscanning to examine the interaction between two participants. However, to our knowledge, no study to date has aimed at revealing the neural correlates of social interactions using a three-person (or triadic) fMRI hyperscanning paradigm. Here, we simultaneously measured the blood-oxygenation level-dependent signal from 12 triads (n = 36 participants), while they engaged in a collaborative drawing task based on the social game of Pictionary. General linear model analysis revealed increased activation in the brain regions previously linked with the theory of mind during the collaborative phase compared to the independent phase of the task. Furthermore, using intersubject correlation analysis, we revealed increased synchronization of the right temporo‐parietal junction (R TPJ) during the collaborative phase. The increased synchrony in the R TPJ was observed to be positively associated with the overall team performance on the task. In sum, our paradigm revealed a vital role of the R TPJ among other theory-of-mind regions during a triadic collaborative drawing task.